Named for Rabbi Yitzchak Ashkenazi Luria, father of the mystical teachings of the Torah. Two lanes branch off of the main street, Yerushalayim Street: Meginei Tsfat Street and Bar Yochai Street. Either of these will lead you to the Meginim Square. Go down the steps to the right of the Square and you’ll reach Beit Knesset HaAri. The shul has an ornate Aron Kodesh with unique engravings and sculptings..

This shul is home to an ancient sefer Torah written by Rabbi Yitzchak Abuhav, author of the Menoras Haohr. The shul has a majestic dome roof and its walls are adorned with intricate paintings. Intriguing antique lanterns hang from the ceiling.

This shul belongs to the illustrious Rabbi Yosef Karo, who penned the Shulchan Aruch. Underneath the shul is a small, curved room in which, according to tradition, he learned with a Malach in the form of a nightly visitor referred to as the Maggid. The visions that were revealed to him during these lofty “chevrusas” found their way into print with the publication of his sefer Maggid Mishorim. Rabbi Karo was niftar in 1575 but the shul stood until the earthquake of 1837 and was restored in 1847. 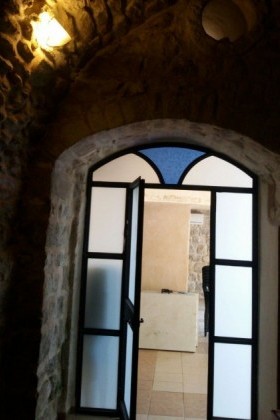 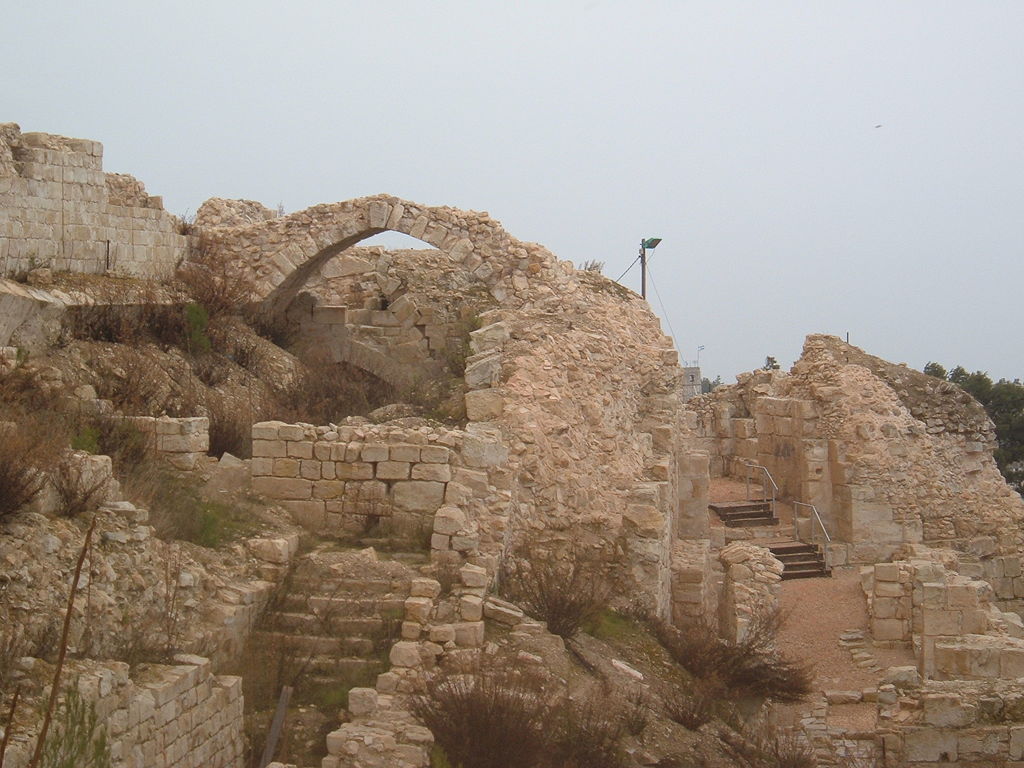 Come to the center of the city, to its highest spot and explore an ancient fortress. There you’ll find remnants of settlements from the Canaanite Era, as well as what appear to be ruins from the times of the second Beis Hamikdash. Most of the ruins, though, are from the Crusader, Mameluke, and Ottoman eras. Metsudah was seriously damaged during the earthquake that rocked Tzfas in 1837.

Over the last decade, extensive archeological excavations have been conducted on the premises, leading to the unearthing of antiquities from all the periods since the Citadel was built. Mesudah is also considered a tourist attraction thanks to the breathtaking views from its heights. Take in the sights of Tzfas’s surroundings Mt. Meiron to the west, the Kinneret to the east, the Lower Galilee to the south and the Naftali and Hermon Hills to the north. A large park surrounds the Citadel, offering you charming walking paths and places to picnic.

The Emek HaTechelet Park spans over 143 acres at the northern entrance of Tzfas. It boasts springs and gardens overlooking Mt. Meiron. The Jewish National Fund (Keren Kayemeth LeIsrael), in cooperation with the Tzfas municipality, created walking paths and ponds and tends the tranquil and attractive grounds. Meander along and you’ll see deer, ibex and antelopes also enjoying the grounds. There are two walking paths to choose from. The shorter, easier path leads to a spring called Ein Techelet. You’ll stroll over a few small bridges and pass a number of springs that run along the length of the path.
The second walking path is steep, and intended for good walkers. That path takes you to a small waterfall which feeds into a shallow pond.
The park is the perfect place for a relaxing stroll in nature, but in order to preserve that pristine natural environment, picnics and barbecues are not allowed on the premises. Entrance is free. Opening hours: Sundays– Thursdays 8:00 am – 3:00 pm, Fridays and Erev Yom Tov 8:00 am – 12:00 pm.

Directions
To the entrance of the park: Enter from the main entrance of Tzfas and head towards the Central Bus Station. About 500 meters from the city entrance, turn right into the park’s parking area.
To the parking lot at the end of the more challenging path: Go to the city’s old cemetery and then continue north on the dirt road that runs adjacent to the cemetery fence. 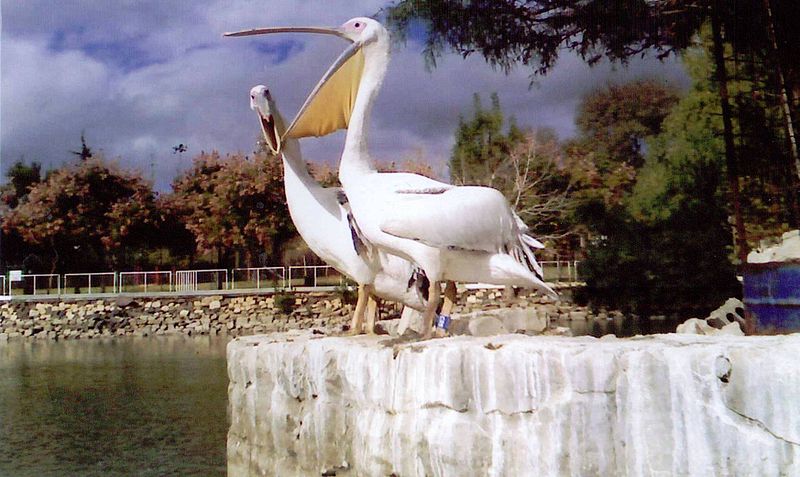 This is a small zoo with a variety of animals including: monkeys, sheep, donkeys, horses, an array of birds, waterfowl and more. There’s also a petting corner, playground, grassy expanses and shady sitting areas. The Petting Zoo is located on Hanasi Street. (Adjacent to the Old City – you can get there by foot.)

A unique candle factory. In addition to the colorful, braided candles and the other Shabbos accessories, impressive wax sculptures complete the special atmosphere. In keeping with the spirit of the place, most of the sculptures depict events from the Tanach, such as Noah’s Ark full of animals and Shimshon Hagibor collapsing between two pillars of wax, plus an intricate chess set, and more. Opening hours: Sundays-Thursdays 9:15 am - 6:30 pm & Fridays 9:15 am – 12:30 pm (winter months) 9:15 am – 2:00 pm (June, July August) Entrance is free. Tel: 04-682-2068 / 04-692-1093 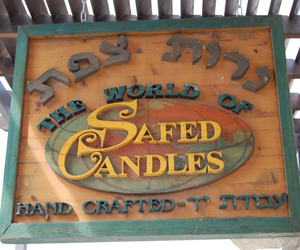 Deep in the cellar of a historic home on 48 Yud Aleph Street in Tzfas’s Old City you’ll find Yechiel Yushfeh, a producer of kosher wines according to ancient traditions. All of the wines are made of grapes pressed by foot, and they contain no preservatives or additives whatsoever. These boutique wines are sold privately to a circle of fine wine connoisseurs from the United States, Italy and Holland. Hear firsthand all about these distinctive, magical wines that are part and parcel of the wonders of Tzfas’s Old City.

HaMeiri was the first dairy farm established in Eretz Yisrael and has been producing gourmet cheeses from sheep’s milk for over 170 years. This tour blends stories of Tzfas and its history, the story of Israel’s very first dairy farm, the origins of “Tzfas Cheese,” and the secrets to manufacturing great cheeses. The tour includes a multimedia presentation about a typical day of cheese production. Visitors will see the factory and the stream that flows underneath it, and to top it off, enjoy sampling the cheeses. The tour runs about 45 minutes and at the end, visitors may purchase cheeses and other special products from the factory’s shop. Cost of the tour: 20 NIS for adults, 15 NIS for children over age three Families and individuals: There is a guided tour each Friday at 12:00 pm. Groups: Sundays-Thursdays by advance appointment only. (Minimum group: 10 people) 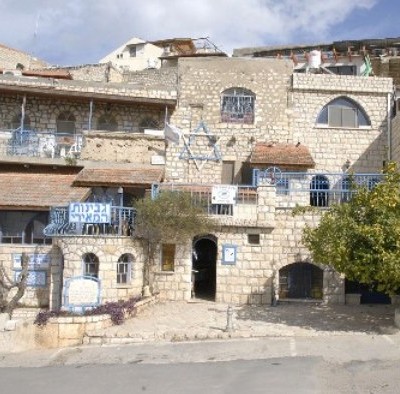